List of Fruits and Vegetables that Have the Highest Pesticide Residue

The Environmental Working Group published its annual Dirty Dozen list of the 12 fruits and vegetables with the highest pesticide residue. Topping the list the last five year were apples, but this year, strawberries were the most contaminated. 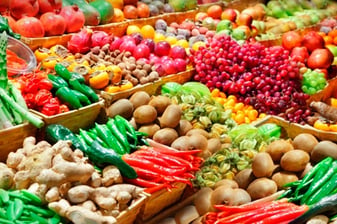 According to an EWG news release about the 2016 Shopper’s Guide to Pesticides in Produce, “Nearly all strawberry samples – 98 percent – tested by federal officials had detectable pesticide residues. Forty percent had residues of 10 or more pesticides and some had residues of 17 different pesticides. Some of the chemicals detected on strawberries are relatively benign, but others are linked to cancer, reproductive and developmental damage, hormone disruption and neurological problems.

“Strawberries were once a seasonal, limited crop, but heavy use of pesticides has increased yield and stretched the growing season. In California, where most U.S. strawberries are grown, each acre is treated with an astonishing 300 pounds of pesticides. More than 60 pounds are conventional chemicals that may leave post-harvest residues but most are fumigants – volatile poison gases that can drift into nearby schools and neighborhoods.”

Approximately ¾ of the 6,953 produce samples tested by the USDA in 2014 were contaminated with pesticide residues. The USDA found 146 different pesticides on the samples it tested. The residues persisted on fruit even after they were washed and peeled.

The following is the complete list of EWG’s Dirty Dozen:

Some of the key findings of EWG’s study include:

In addition to its Dirty Dozen list, EWG also publishes an annual list of the Clean Fifteen, which is a list of produce least likely to have pesticide residues. Leading the list is avocado. Only one percent of avocados had detectable pesticides. In addition,

EWG’s Shoppers Guide to Pesticides in Produce has been published annually since 2004. The report is based on more than 35,200 samples tested by the USDA and FDA.

Teledyne Tekmar’s  AutoMate-Q40 is specifically designed to automate the most popular QuEChERS sample preparation workflow, AOAC 2007.01 and EN 15662.2008. Currently, the AutoMate-Q40 system is used in numerous labs around the world to determine pesticide levels on plants, as well as measure levels of dyes, and other ingredients in food and liquids. Visit TeledyneTekmar.com to review various application notes about the AutoMate-Q40 system.